BELOW THE SALT | Red Shift

Red Shift is able to phase herself, people or objects close to her out of our perceived dimension. Her powers aren't limitless as she cannot phase her entire body without risk of losing herself and disappearing forever. Due to this, she must always retain some of her form in this reality to ground herself. Her powers allow her to avoid most attacks and to phase her hook swords through enemies or objects to latch onto them. Other abilities include phasing grenades through walls, using "phase sight" and partial invisibility.

She is the first of the deviants in my Blackwoods project. 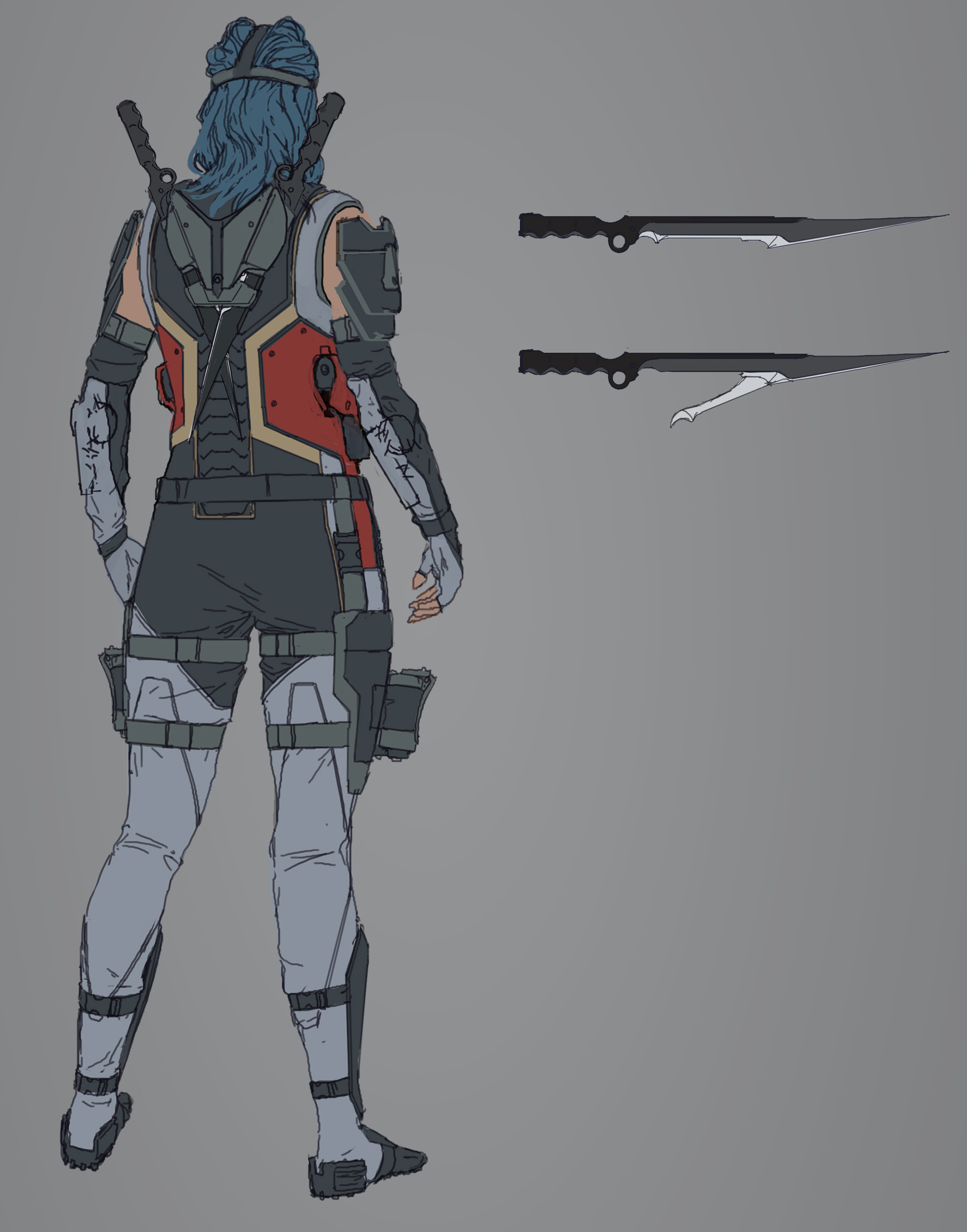